At the beginning the music was dark and brooding, a little edgy too; this gave way to a sensuous andante section, rich in tonal allusions and occasionally withdrawing into a 12-tone world. A final agitato section brought back ideas from the beginning. Long strenuous lines, flowing counterpoint – the alternation of solos, duets with tuttis created powerful and seamless music that could be intimate or dynamic.

The opening fanfare – the players up in the Gallery – is no thirty-second piece of flummery, but a serious opening statement….in the way of being a serious piece, requiring the audience to pay attention; and it was a large audience, remarkably so – much taken by the character and nature of the music.

Sawyers’ song cycle (Songs of Loss and Regret) is a masterpiece: I have no hesitation in claiming that on just one hearing. The lack-of-variety implication that the overall title may suggest is disabused by two things: the quality of the settings, threaded by a unifying motif which appears in various forms, and the consequential sense of symphonic structure in the growing mood of loss, from numbing shock to anger with what has been lost, the emotion no longer constant.

Sawyers is a natural symphonist, one whose impressive technical mastery comes from his practical experience as an orchestral player but also by-passing what one might have considered to be a natural post-Mahlerian intensity of rhetorical contrasts. Sawyers achieves coherence through the compelling effect of his sustained writing, entirely without eclecticism, and remarkably taking on, in the Finale, a fugato coda which is itself wholly convincing as the work surges to its magnificent ending.

Robert Matthew-Walker reviewing Fanfare, Songs of Loss and Regret and Symphony No. 3 at St John’s Smith Square in www.classicalsource.com

Profundity in any art can drain you, leave you with a feeling of cathartic emptiness, and Songs of Loss and Regret left me with just that sense that I had experienced a major statement about the human condition. One of the best things of its kind in a very long time.

Robert Simpson used to talk about this or that composer speaking ‘with the breath of a symphonist’ and it was very soon clear that Sawyers was thinking on the kind of scale that would have earned Simpson’s approval. Sawyers’ 3rd symphony is a tremendously impressive accomplishment. The English Symphony Orchestra gave this a zinger of a performance, Woods’ detailed direction embracing both its ambitious scale and complexity of detail. When the composer took his bow we in the audience knew we had heard something special.

The work is a substantial and distinctive contribution to the genre. The symphony opens with a 12-note row, but it is the most elegant and lyrical series imaginable…this sets the tone for a work heavy on contrapuntal intricacy, although always to emotive and dramatic ends. Sawyers employs the orchestral forces with ideal clarity, delineating the juxtaposed ideas by assigning them to different sections (4th movement).. Excellent brass writing too, from the sombre chorales at the movement’s opening to the triumphant fanfares at the conclusion.

It proved to be a deeply impressive work, serious in tone throughout, and genuinely symphonic, in that at a first hearing it appeared that all the elements in the piece were related and grew naturally out of the preceding material, without at any time leading us to guess successfully what might be coming next – but when it did, the surprises were genuinely musical and entirely at one with the underlying thrust of this very fine work. It is superbly orchestrated – as befits a composer who is also a distinguished orchestral and chamber musician – and grabbed the audience from the opening bars, who followed the composer’s by no means easy train of thought with close attention. This is one of the finest new symphonies by a British composer I have heard in years.

Robert Matthew-Walker reviewing Symphony No.2 for Musical Opinion and www.classicalsource.com

The evening opened with the aptly named ‘The Gale of Life’, a whirlwind of a piece with some meltingly beautiful melodies.

For an online review of the Nimbus Alliance CD recording of the Gale of Life, Symphonic Music for Strings and Brass, and the 1st Symphony performed by David Lockington and the Grand Rapids Symphony Orchestra, visit MusicWeb International or go direct to the review using http://tinyurl.com/34yu8xb

Albany Symphony Orchestra thrills with Sawyers ‘Gale of Life’ premiere in Troy. The work was certainly a loud and brassy one with swirling, angry gale-like sections that were interspersed with tender moments – one of which was exquisitely delicate.

Though Sawyers writes in an atonal technique, his overture-length piece was grand and tuneful. Where modern harmonies are sometimes crunchy, this was more chewy, with sinuous writing for strings and tempos that stretched like taffy.

Sawyers’ orchestral approach is entirely his own. He translates Houseman’s image of the stormy wind into a thoroughly convincing rhapsody for large orchestra. It is an extremely well-wrought and effective piece, and I enjoyed every bar. – the audience loved it.

The piece (The Gale of Life) moves through three distinct sections, each marked by a well-crafted panoply of colors. It’s as much about the texture as it is about melodic elements. In the middle section, as the quiet strings invited a flute to join in, it turned sublime.

Last Friday night, we had the opportunity to hear a wonderful concert of the Albany Symphony at the Troy Music Hall. A world premiere of ‘The Gale of Life’ by Philip Sawyers met my test of contemporary music: I want to hear it again.

William and Marjory Fuller, letters to the Editor, Berkshire Eagle.com

“In a program of music by Mendelssohn, Lalo, Sawyers and Britten, you wouldn’t expect it to be the music of Sawyers that made you sit up and pay special attention. But that’s what happened… the work has emotional impact, grabbing attention and keeping it. It makes you want to hear something else by the same composer, a rare trait in new music.”

“…moments of post-Romantic lyricism in the strings as well as highly rhythmic, thickly scored center that’s very much a 20th century work… it’s not hard to see why Lockington chose Sawyers’ piece… the audience gave Sawyers a warm reception.”

“…there is much to like about this music, especially in Sawyers’ enterprising transformations of melodic material and in certain passages of driving complex rhythms.”

“…a piece that is eminently listenable, with clear structure and readily identifiable melodic and rhythmic ideas… a specifically English flavour that is most engaging.” 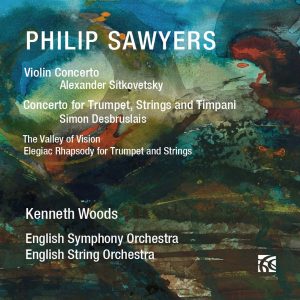 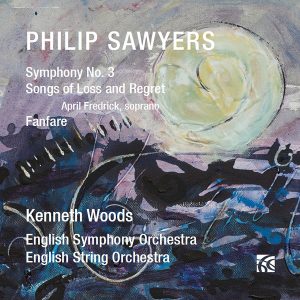 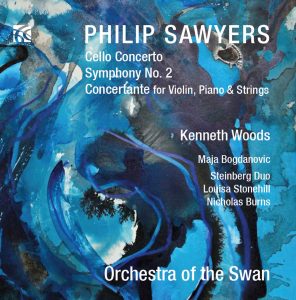 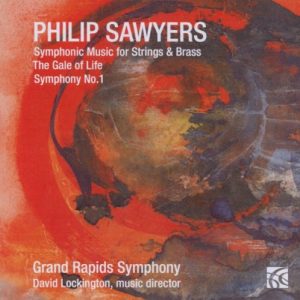